The AAABA Tournament Ambassadors have been a part of the tournament’s history almost since the outset of the annual event.

They are instrumental in assisting the Johnstown Oldtimers in holding a successful tournament.

The Ambassadors assumed their current role during the 1980s. Prior to that, the tournament annually crowned a AAABA Queen and her court.

The AAABA Tournament Ambassadors uphold an important and popular tradition.

While baseball fans see the Ambassadors at Point Stadium and outlying fields during games throughout tournament week each year, these dedicated young women play key roles in the event’s success for weeks and months prior to the ballgames.

Ambassadors help the Johnstown Oldtimers sell tickets throughout the summer, attending ballgames across the region and making appearances at malls, businesses and other locales.

The Ambassadors are involved in various promotions of the tournament.

The AAABA Tournament Ambassadors hold fund-raising car washes during the summer and host a blood drive for the American Red Cross.

At games, they interact with fans, distribute programs, help with the 50-50 raffles and sell special commemorative bracelets that have become a huge hit with fans. The Ambassadors fire up the fans at the Point and dance on top of the home and visitor dugouts, another much-anticipated tradition.

Their presence at Point Stadium is much anticipated by fans and players alike. On opening night, the Ambassadors are part of the parade, riding in convertible Corvettes while being dressed in stunning gowns.

In 2017, the Ambassadors joined singer/songwriter Josh Gallagher, a finalist on NBC’s “The Voice,” on the field as he sang the National Anthem. 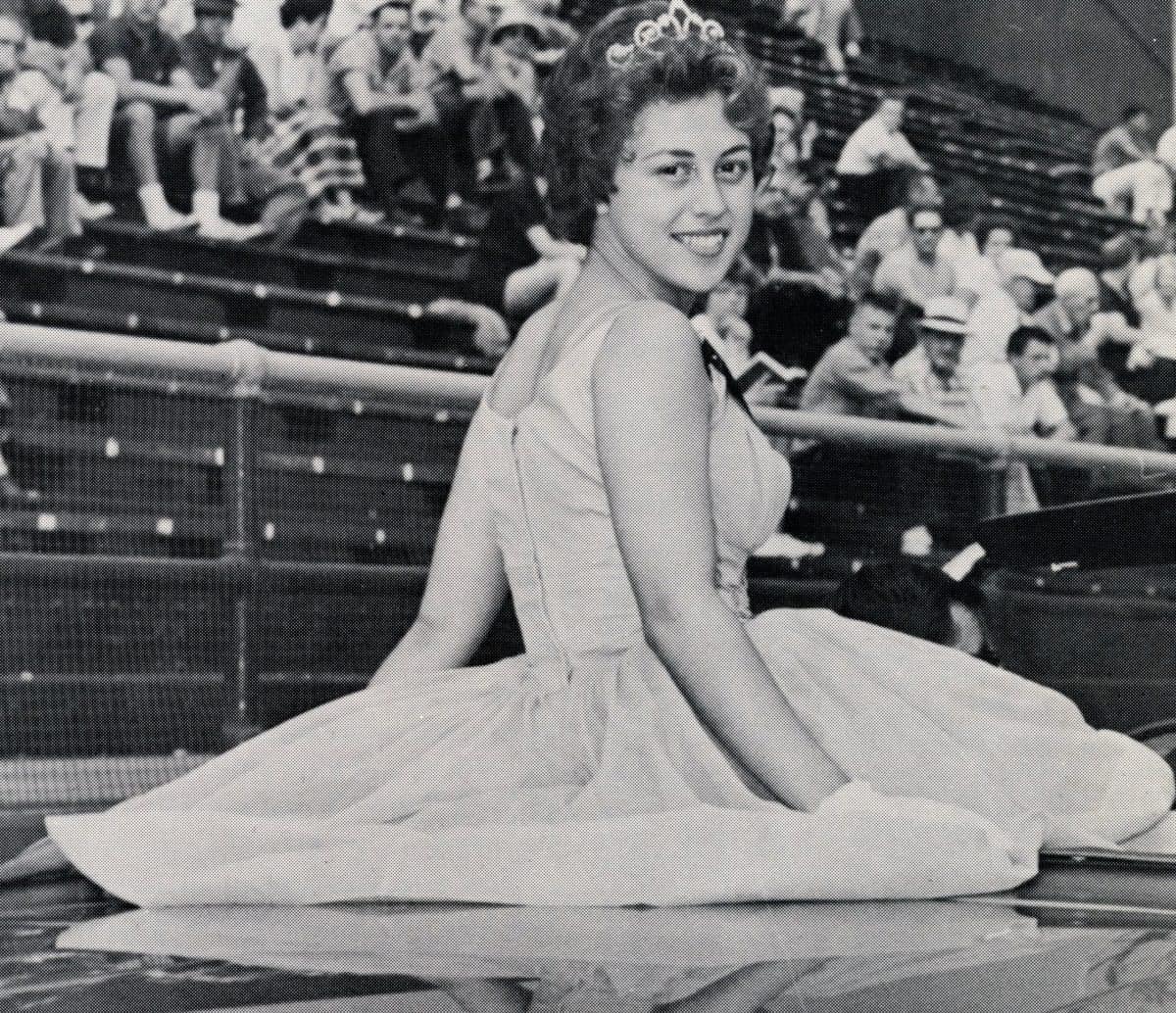 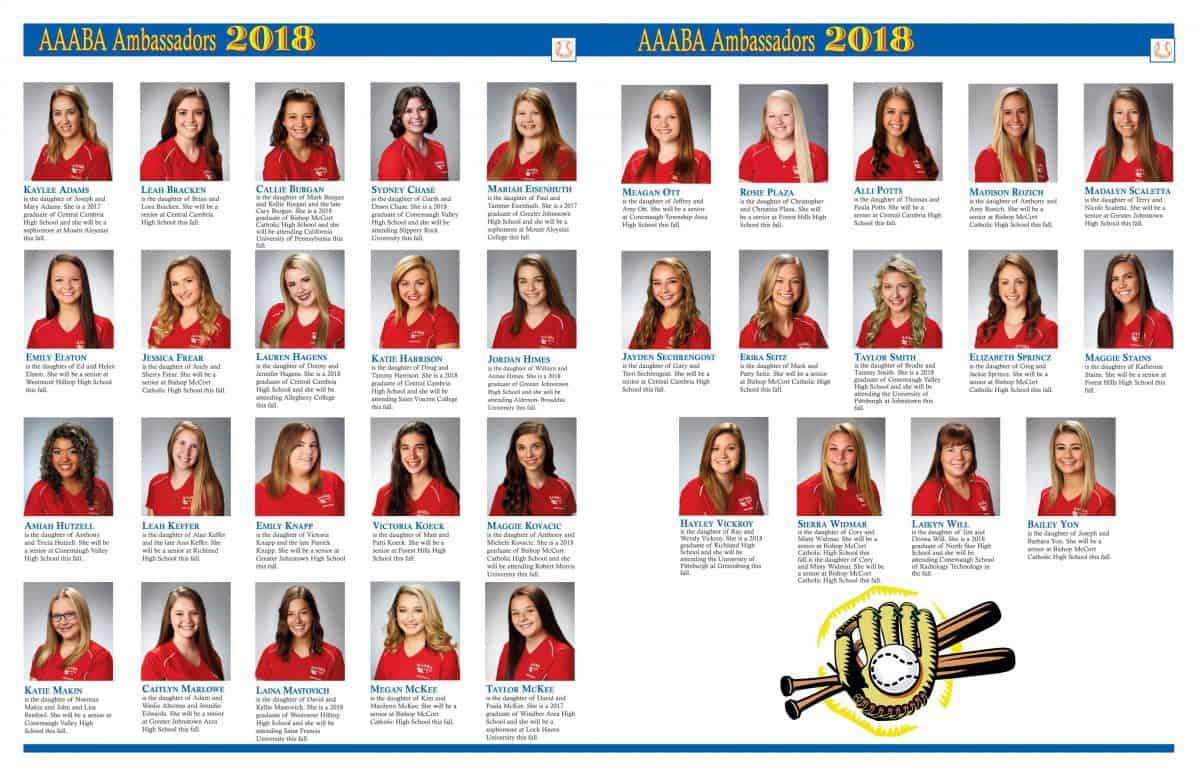 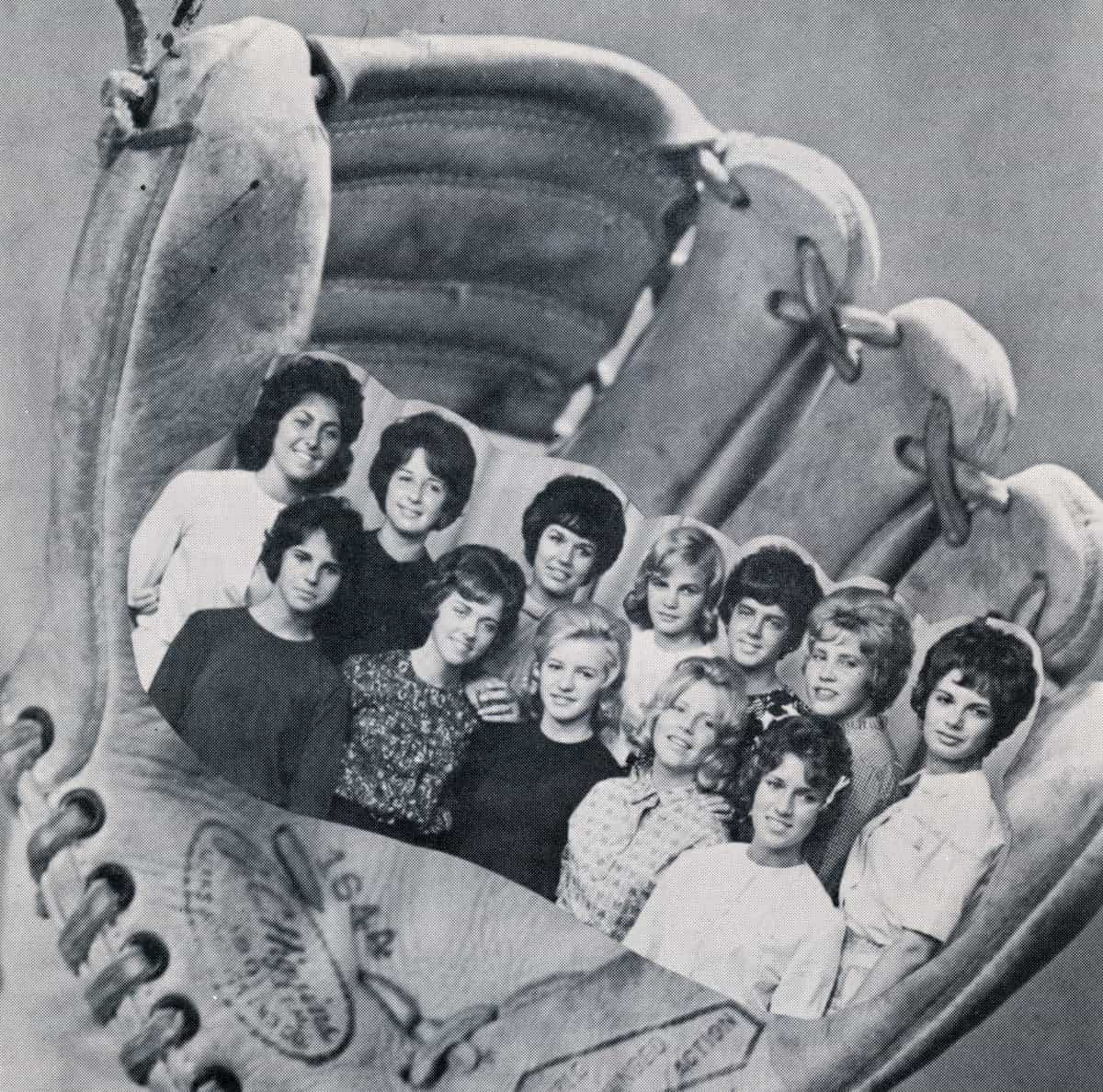 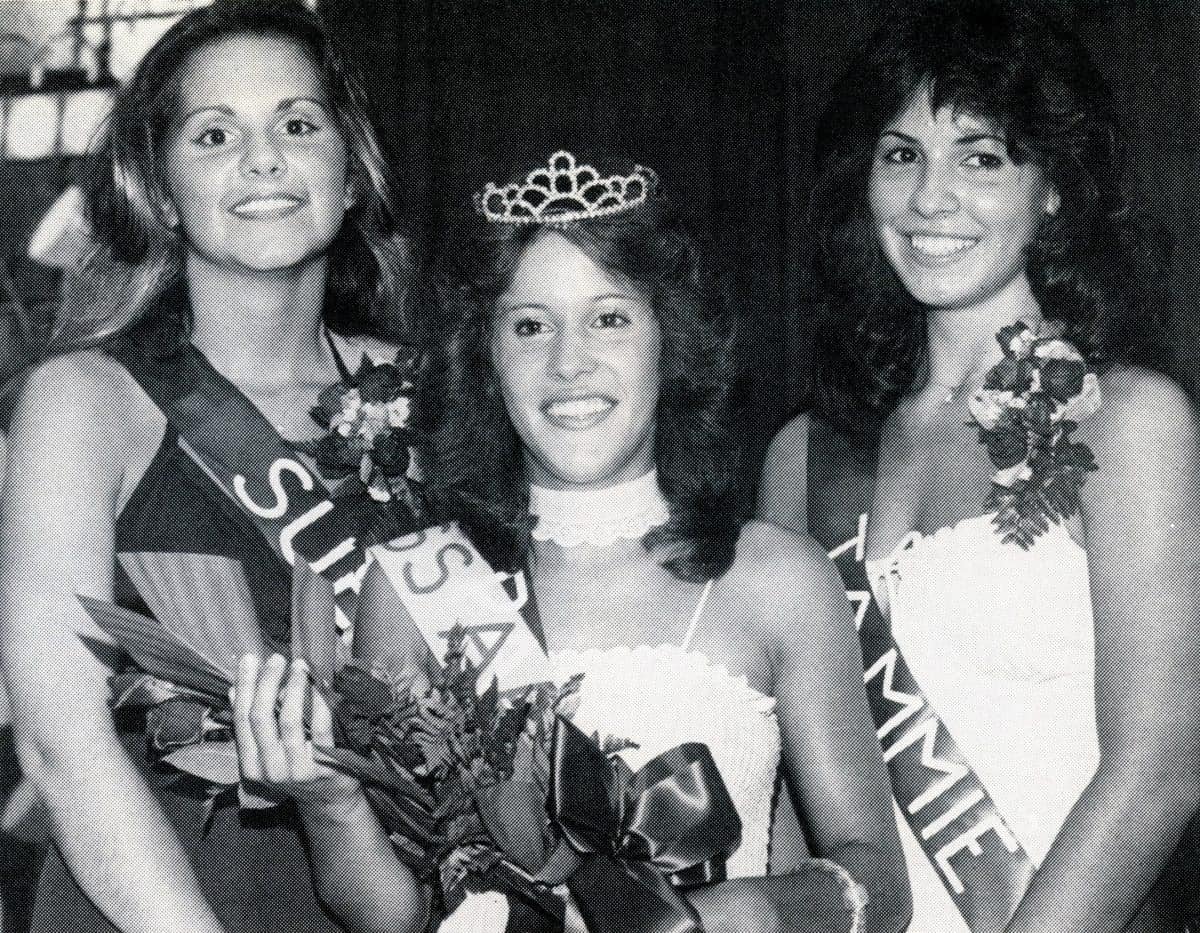 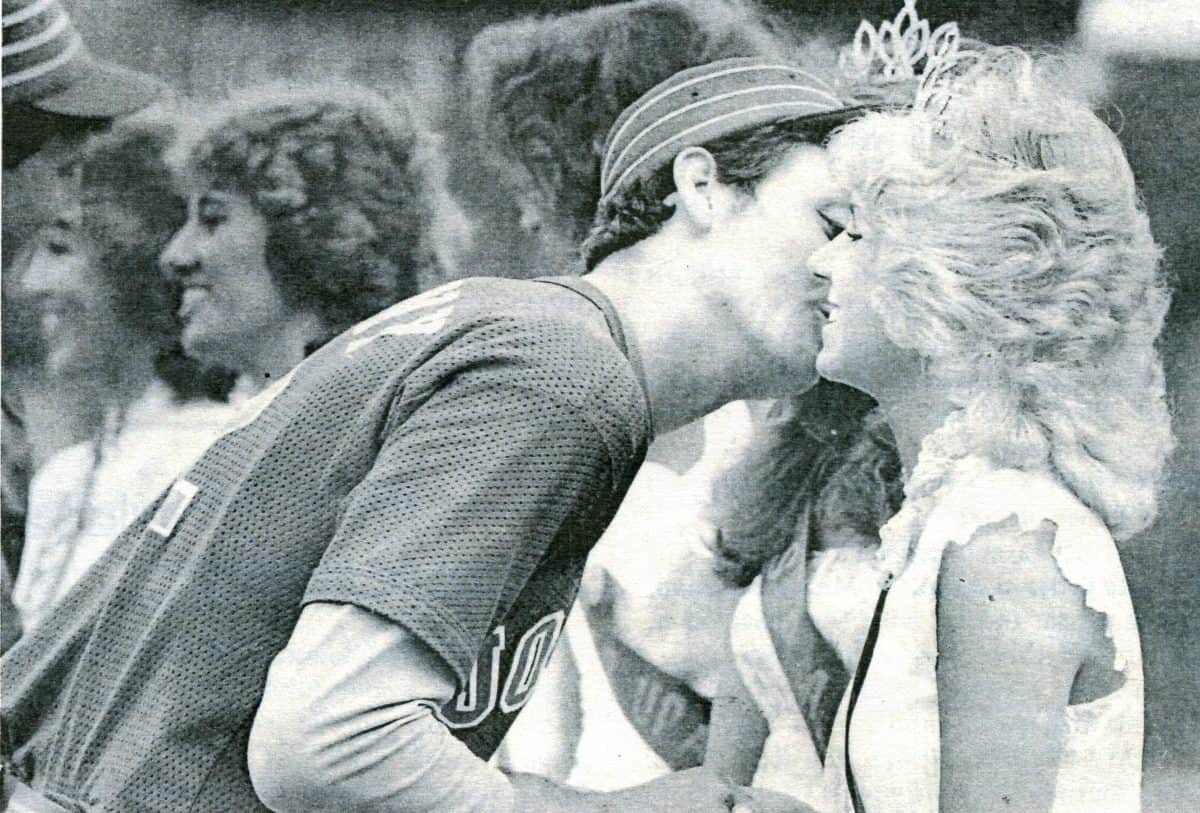 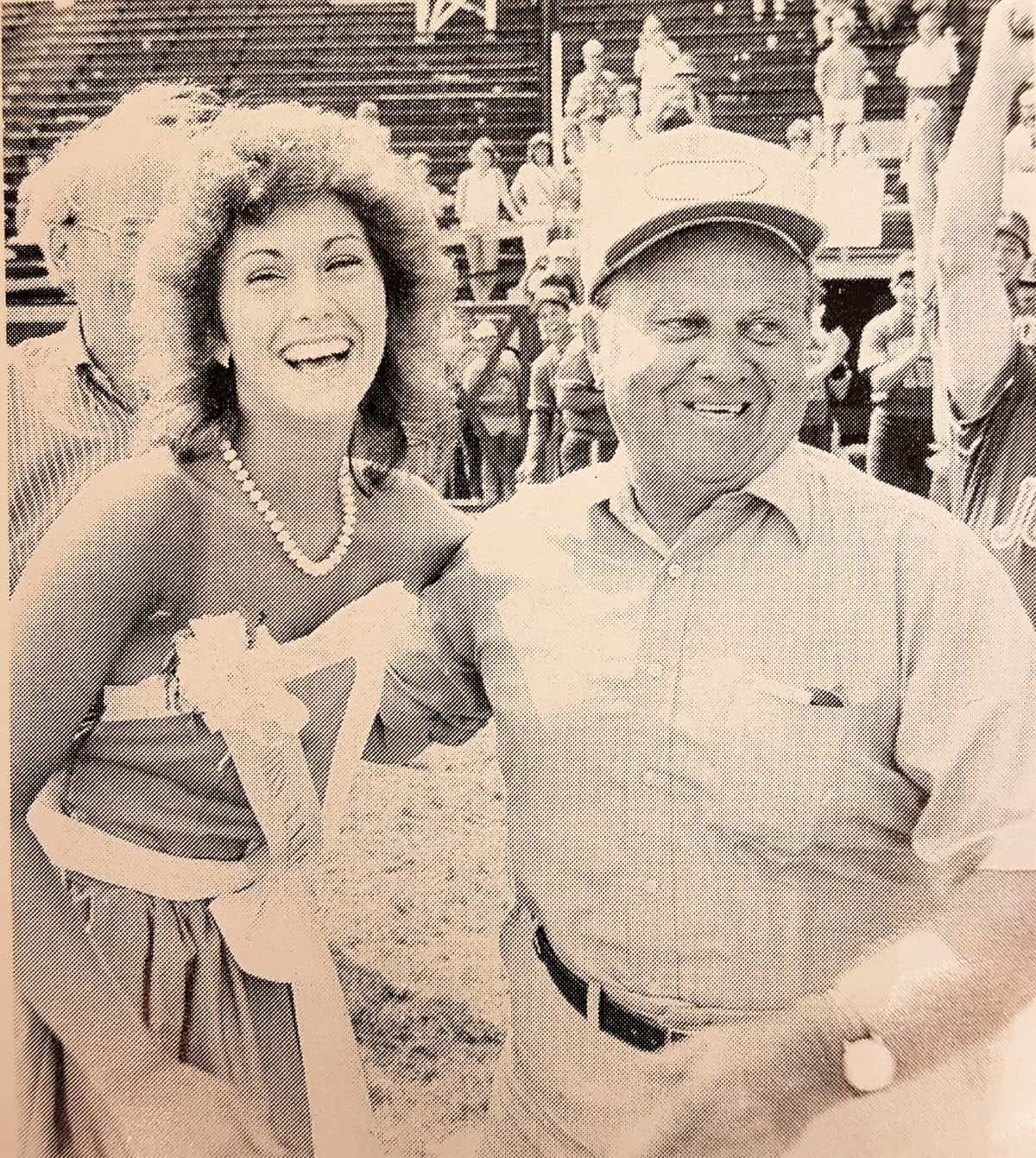 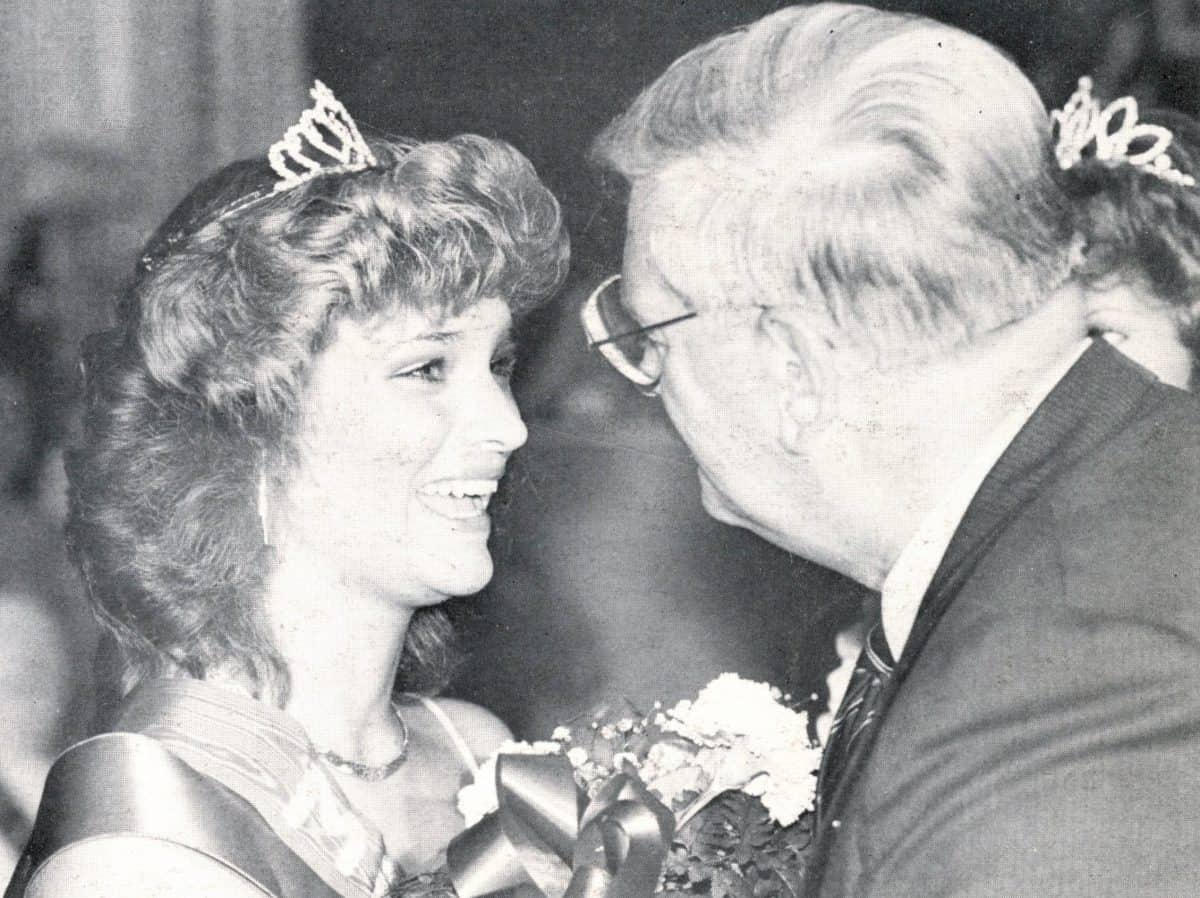 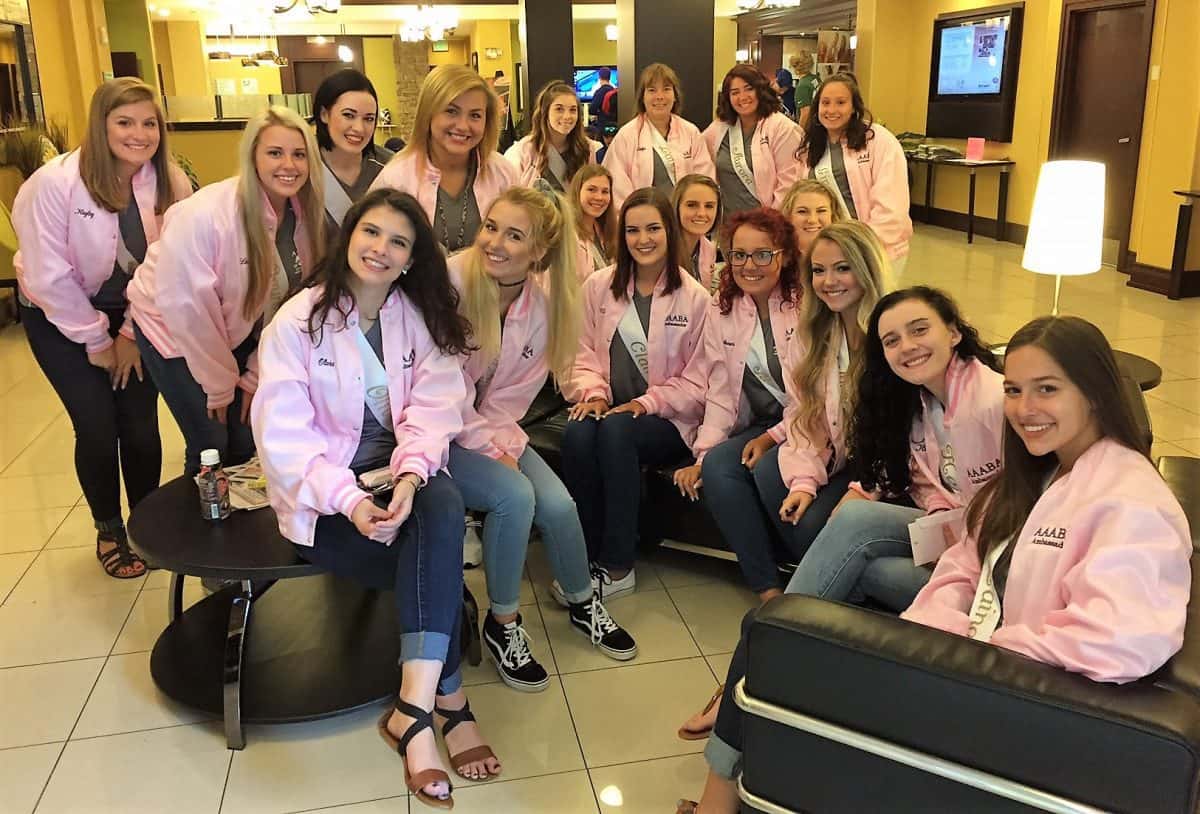 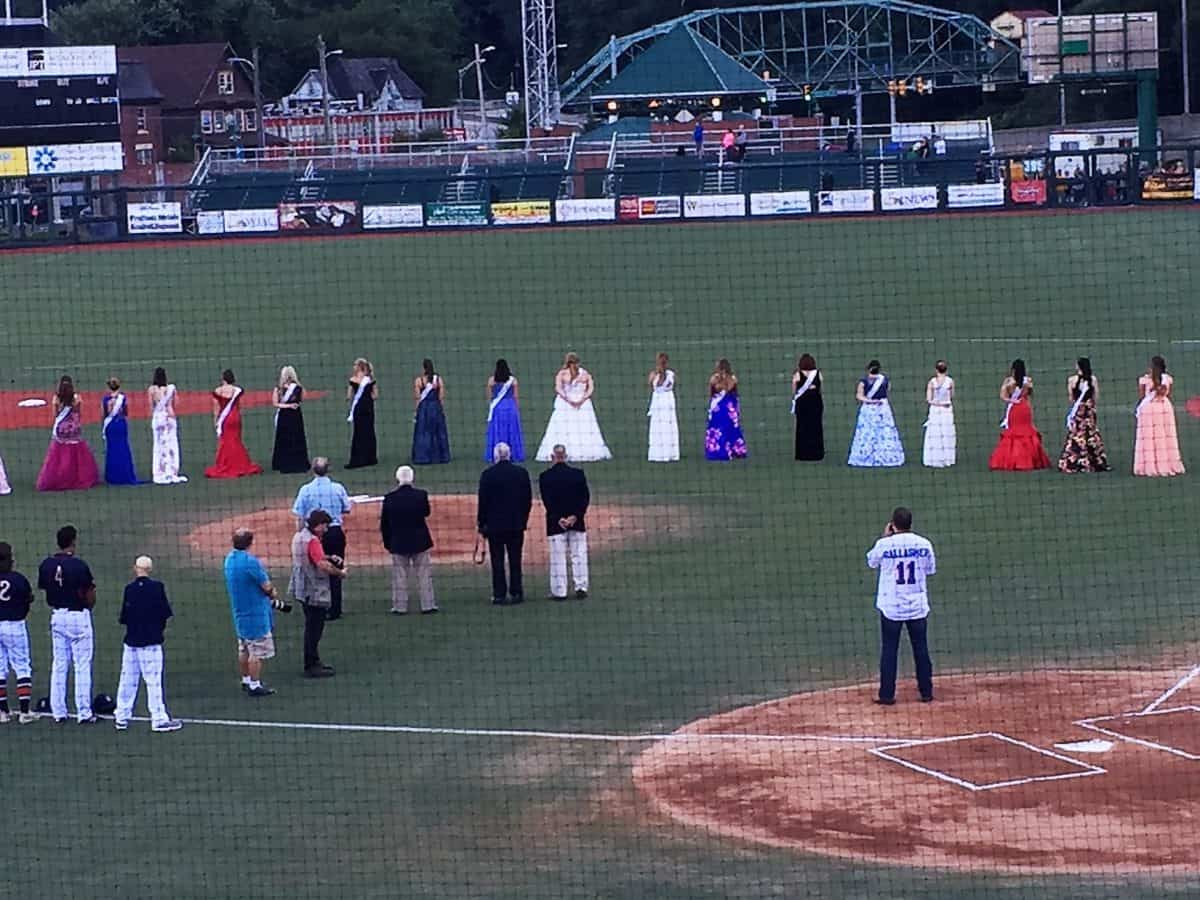 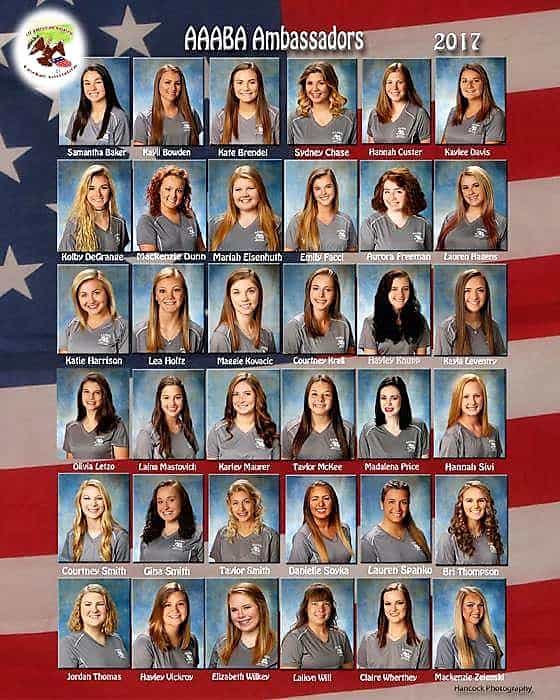 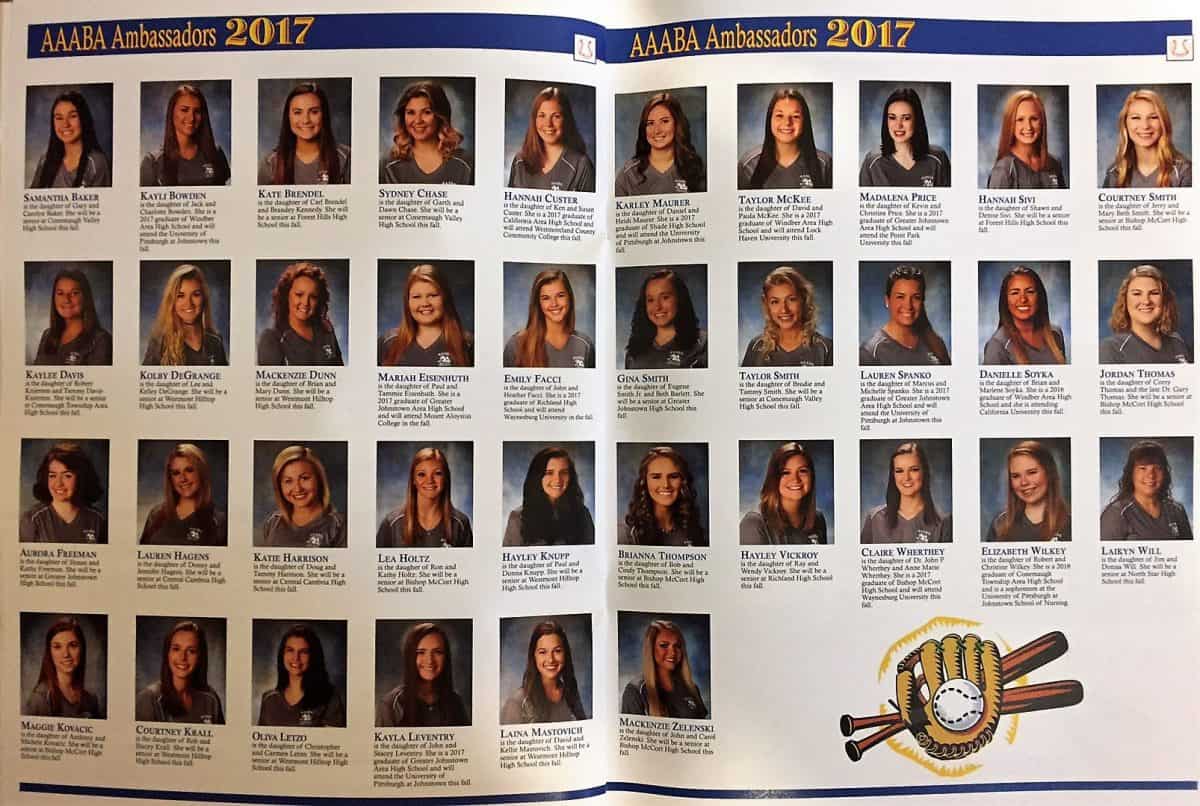 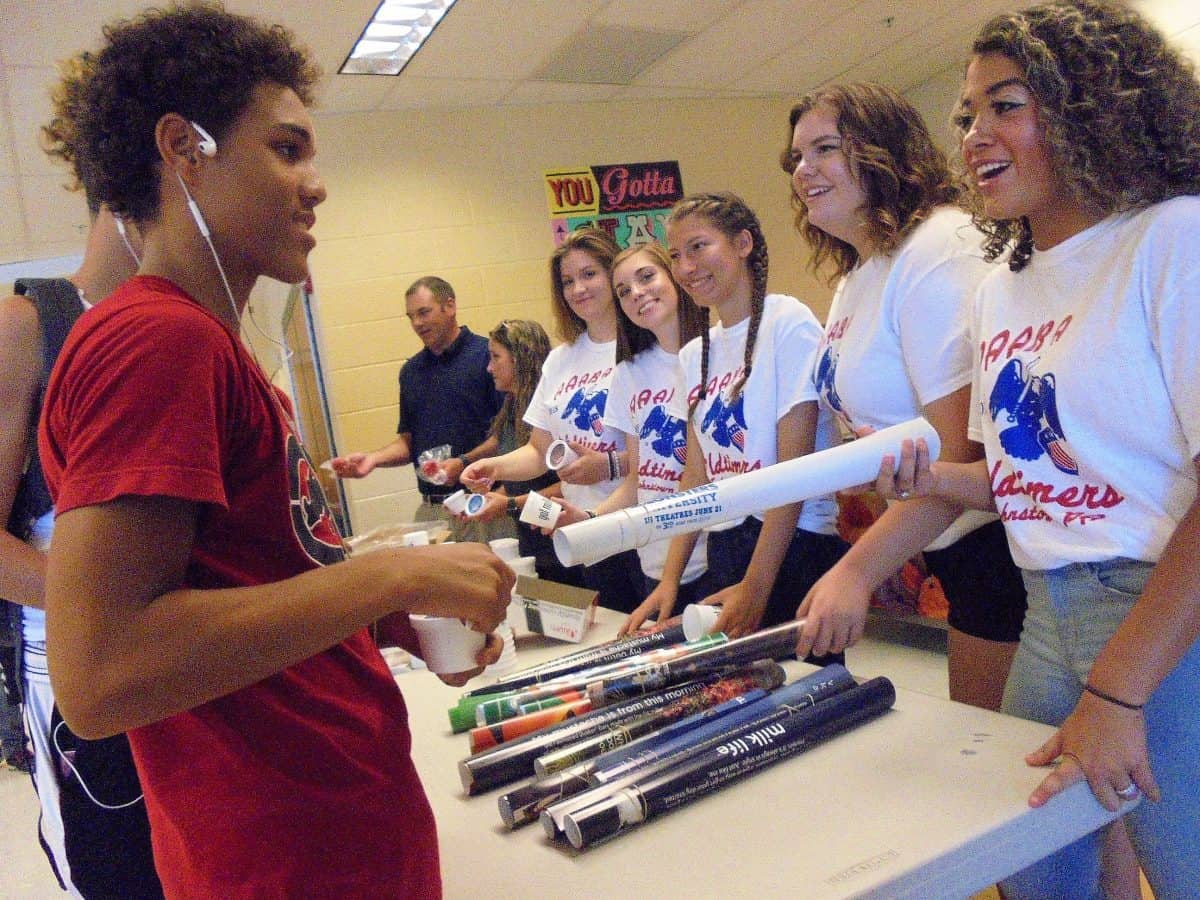 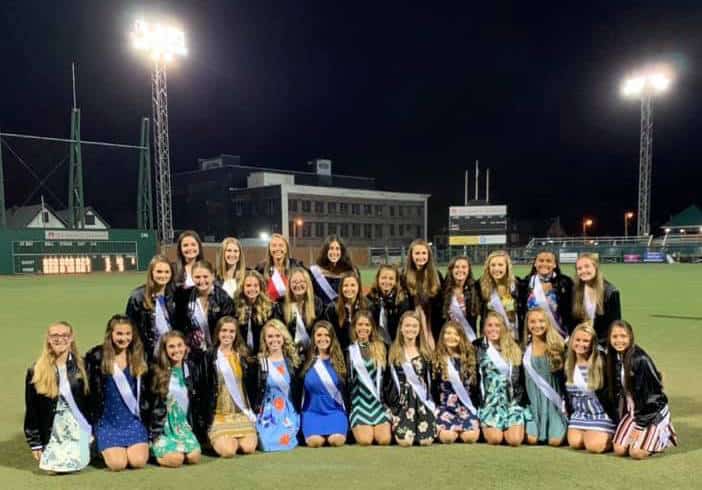